Launch of the legal caravan on the axis: Siby-Kamale-Tabou

The legal caravan of the USJPB was launched in Kamalé (rural commune of Mandé) on Thursday 3 February 2022 as part of the implementation of the Orange Knowledge Program Sahel Project (OKP-SHL-104897): "Climate Change, Security and Rule of Law in the Sahel: Optimising the contribution of universities", for three Sahel universities (in Mali, Burkina Faso and Niger), supported by Dutch partners, namely the Maastricht School of Management (MSM), the European Center for Development Policy (ECDPM) and CINOP.

Mrs. Diarra Fatoumata Dembélé, president of the board of directors of the USJPB, launched the caravan in the presence of the president of the interim authority of the rural commune of Mandé, Nouhoum Kelepily, the secretary general of the UACDDD, Massa KONE, and the representative of the village chief of Kamalé, Mamadou Saiba Kéita. Women, youths, men of Kamala, students, university professors, judges and lawyers took part in the launch of the caravane, which continued until February 5 in the localities of Siby and Tabou.

The aim of the launch was to build the capacity of actors in the field of security, rule of law and climate change to create and sustain a community of practice around community resilience.

For Ms. Diarra Fatoumata Dembélé, the aim of this legal caravan is to reach rural populations in their villages and talk to them about the rights that concern them, notably land and agricultural rights, procedures for recovering their won judgments, etc.

In short, she said, instead of the rural populations going to the legal texts, the USJPB decided to come to them to explain the ins and outs of the legal texts in order to allow them to know where to go in judicial matters.

Massa Koné, secretary general of the UACDDDD, said, "Our cooperation with the USJPB has enabled us to learn about legal issues. It has enabled us to draw up the land law and the agricultural land law, texts that are unclear about the role of the people in their areas," said Massa Koné.

The president of the interim authority of the rural commune of Mandé, Nouhoum Kelepily, after welcoming the USJPB for this initiative, invited the population, especially the youth, to remain vigilant.

"The land of no village and no locality is monopolized without the complicity of its sons, its inhabitants. I therefore ask the youth of Mandé, to put an end to the land grab, to be vigilant, not to be complicit with land predators." This is the case in so the little space we have left is preserved for our benefit, for the benefit of the commune and the country," concluded Nouhoum Kelepily.

Lectures will be given by professors, lawyers, judges as well as legal consultations by students to link theory to practice.

It should be recalled that the objective of the project is to contribute to the capacity building of teacher-researchers from the three partner universities in order to optimize their contribution to the development of community resilience to the challenges of climate change and insecurity in the Sahel.

This institutional collaboration project is part of MSM's Expert Centre for Emerging Economies. The department is an expert centre on local economic development in emerging and developing markets.​ We capacitate managers and professionals from government, private sector, NGOs, and post-secondary education in Africa, Asia, Middle East, and Latin America. We offer consultancy and customized training programs, and we manage complex projects in key sectors, e.g. water, agriculture and health. For more information click here. 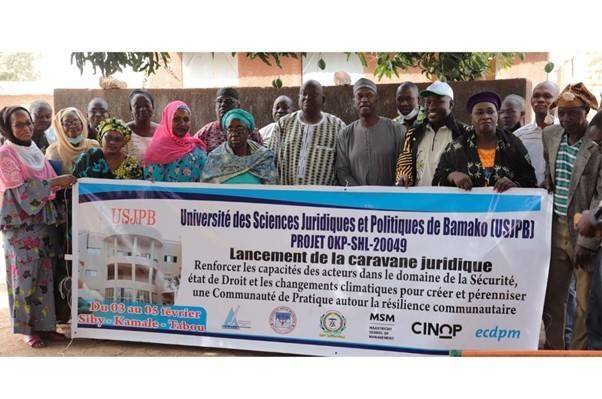 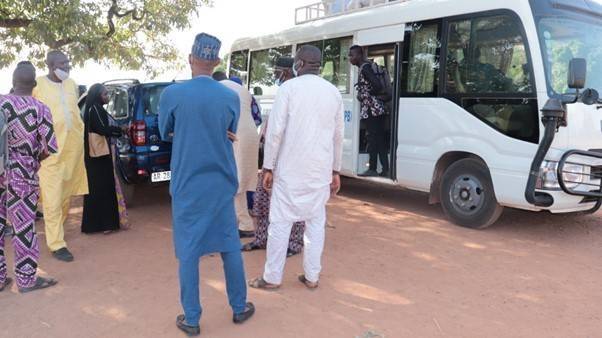