From 3 to 7 June 2019, MSM supported a five-day Gender and Female Talent Development Training in the Black Lion Hospital in Addis Ababa, Ethiopia. This was a scale-up and follow-up to a previous training conducted in March 2018. Both training programs were funded by the Elisabeth Strouven Foundation in Maastricht.

The purpose was to empower women, who are being educated or working as medical specialists or head nurses, with practical tools and leadership skills, to help them promote gender equality and female leadership inside and outside their working space and the health sector.

In the first part of the training, 23 women and 3 men participated. The content of the training was similar to the training in March 2018 and was conducted for new participants. It focused on the basics and concepts related to gender equality, women empowerment and female talent development. The training was of a highly interactive nature, which allowed the participants to adapt the acquired knowledge optimally to their own working environment. In the second part, 12 women were selected among those who had participated in one of the previous training programs and who were found most active and committed. These women were further trained to become leaders and enabled to pass on the gender related knowledge to more women in the Black Lion Hospital.

Following the training in March 2018 and based on the action plan that was its outcome, the AAU Black Lion Hospital has appeared very proactive in the field of gender equality, female leadership and addressing sexual harassment. The core trainers, trained by MSM, started up a new series of training programs on gender and established a dialogue forum; in addition, they were engaged in a newly introduced induction training for new staff on gender-based violence. Strong procedures were set up to address sexual harassment at the workplace and the faculty joined the #hearmetoo movement, which aims at reducing the tolerance towards sexual harassment at the workplace. Furthermore, “introduction to gender” course has been added to the new curriculum for fourth year students.

Related news:
Empowering women in the Ethiopian health sector​
Women on the rise in Ethiopia
Integrating Gender in Agro-Value Chain Development in Ethiopia 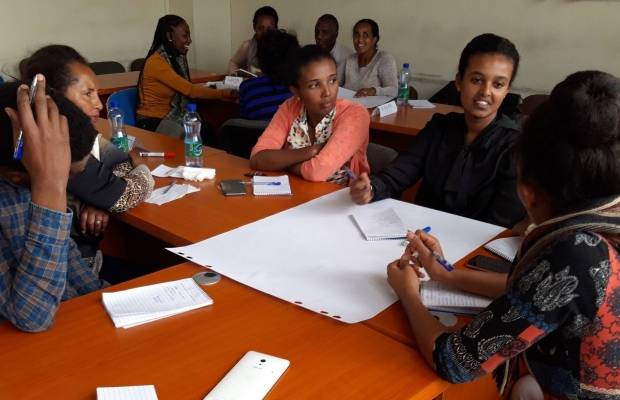