I graduated, what's next? - Lawin Ileto

Before our students turn into alumni, they do one last thing here at Maastricht School of Management. They write a letter to themselves. A “one year after letter” to be exact, where they write down what they expect of the upcoming year. Now a year has passed and our alumni received their “letter to themselves” in the mail. Did their expectations come true? We asked and our alumni answered.

A new month, a new alumni blog! This time MBA alumnus Lawin Ileto from the Philippines shares his experience from deciding to study in the Netherlands, to graduating from MSM in 2018 until where he is at this point in time.

“It’s been almost a year and a half since I finished my studies at MSM.

Since going backpacking in Europe in 2016, I fell in love with the history and culture of this continent. The idea of having no country borders excited me. For a year, I plotted how I could successfully move to Europe; it seemed that pursuing higher education would be the easiest way. I went to an education fair in Manila, and got to know Maastricht School of Management (MSM). Coincidentally, the Netherlands was one of the countries I visited during my trip. I already had some friends there, and I was quite impressed with the infrastructure of the cities and English language skills of their citizens. Therefore, choosing to study at MSM made a lot of sense to me.

Fast forward to today, it has already been one and a half years since I finished my MBA and had an experience of a lifetime, with a very international class at MSM. During the tail end of our classes, I started applying to jobs in the Netherlands, hoping to land one in the IT or Telecom sector, where I previously worked while I was based in the Philippines. After studying at MSM, I was already quite familiar with the Dutch culture and started learning the language. I thought that the next logical step would be to get a job here. I was invited for a handful of interviews for some very large companies and startups in the Netherlands and Belgium, but nothing really materialized.

Three months after I graduated and Christmas just a few weeks away, I found myself still unemployed. However, as luck would have it, while I was out celebrating with a classmate of mine, after she found out that she would be working for a big company in Amsterdam, I got my lucky break. We were drinking at a bar and I noticed a poster for a job fair, in the neighboring city of Aachen – in Germany. The job fair seemed to target technical people, since RWTH (the University in Aachen) is a world-renowned technical university. The job fair was free and in less than an hour bus ride from Maastricht, so I gave it a shot. I didn’t have much to lose at that point. The job fair did not disappoint in terms of size, there were hundreds of tech companies, unfortunately almost all of them requiring an engineering degree and/or German language skills, neither of which I had. Out of 100+ companies, a handful had vacancies for someone with my skillset.

One of the three companies I applied for during the job fair hired me. I now work for Netronic Software, a small German IT company based in Aachen. I work as a Business Development Manager and take care of the company its international clientele. My experience at MSM helped shape me, and it gave me a lot of experience in working with different types of people from different backgrounds. It gave me an x-factor, when speaking to clients or potential customers. Due to the gained experience of working together with professionals from all over the world at MSM, I can easily empathize with customers, know how to do business and carry a conversation with them.

Although I never really imagined myself living in Germany, I am currently enjoying myself in this new city and company. The German language is not an easy one, but the more I learn, understand and speak German, the more rewarding it feels.

From my experience, I like to share that it is good to have goals, but do not forget to always keep an open mind. Sometimes you end up somewhere else than you initially wanted, and that is okay. You might end up in an even better situation than you expected.”

Got inspired to start your MBA journey? Have a look at the program page for more information. 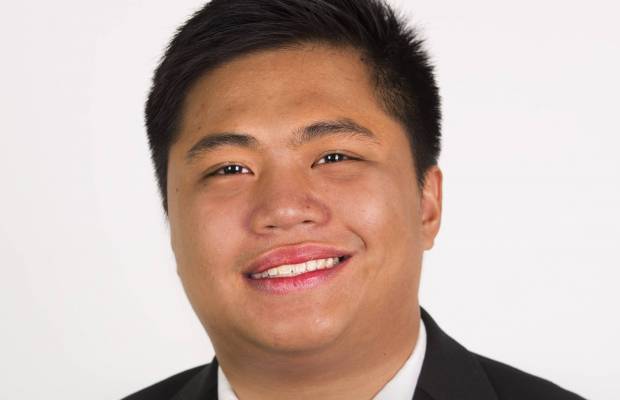