5 Reasons To Study Your MBA In The Netherlands

From exciting job opportunities to high quality of life, here’s why so many students choose to study an MBA in the Netherlands.

Article by: Abigail Lister, Business Because

In 2021, there were almost 80,000 international students in the Netherlands. This represents an impressive 23% of the entire student population in the country.

But students aren’t heading to the Netherlands just to study—the number of international students choosing to stay in the country after graduation is also increasing, and Maastricht School of Management (MSM) has seen this first-hand.

In the annual poll of students on the MSM MBA program in 2016, less than 50% of students said they wished to stay in the Netherlands after their program. In 2021, this had risen to 83%.

Vimbai Mavhusa is one of those students who chose to remain in the country after her MBA in the Netherlands. Originally from Zimbabwe, she spent time in the Netherlands while her husband completed his MBA, and knew she would return for her own degree.

“I fell in love with it,” she asserts. “I loved everything about it, even the weather!”

Here’s why more and more professionals like Vimbai are choosing to study an MBA in the Netherlands.

1. The Netherlands enjoy a high quality of life

The Netherlands ranked fifth in the World Happiness Report 2021—testament to the quality of life in this little European nation. The country ranks highly for environmental quality, well-being, and personal security, all of which contribute to the Netherlands’ status as one of the happiest countries in the world. 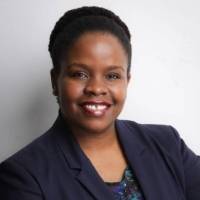 The quality of life is something that Vimbai noticed immediately, especially in comparison to her home country of Zimbabwe.

“You can see it in how relaxed and happy the people are,” she explains. “It’s also such a safe country—I walk from my friend’s house at 2am and I don’t feel unsafe at all.”

2. MBA programs in the Netherlands are high quality

The Netherlands is well represented in global university rankings—nine of the country’s 20 universities are in the top 200 institutions in the world. The Netherlands is particularly known for the quality of its business teaching, perhaps because of the high number of global companies that choose to base themselves in the country.

As well as being internationally accredited, MSM’s MBA programs have consistently ranked well in the EdUniversal Rankings, reaching the number one spot in the Netherlands in 2021.

Not only does the Netherlands score highly among rankings of the top education systems in the world, but the tuition cost is still levelled at a much more affordable price in comparison to UK USA-based programs, mainly thanks to the Dutch government’s subsidies.

3. MBA Students in the Netherlands enjoy a highly international environment

Thanks to its large proportion of international students, MBA programs in the Netherlands are extremely diverse. For example, at MSM, just 8% of students in the full-time MBA program come from Europe—the majority hail from Asia, with Africa and Latin America also represented.

“The Netherlands is an internationally-focused country—it even comes back to its history as a trading country,” says Hermina Kooyman who is in charge of enrollment and career services at MSM.

The benefits of working in diverse professional environments are well-documented, and students who want to work in the Netherlands after business school will gain vital experience in collaborating with international teams during their MBA.

“The diversity of thought that you get from an international MBA as opposed to if I had just gone to a school that has more of a local group of people—it’s so much richer,” Vimbai adds.

In many countries, for many students, work visas are an obstacle to staying in their chosen country after graduation. However, in the Netherlands there are plenty of options for students to gain a coveted work visa.

Non-EU students who study an MBA in the Netherlands can apply for an ‘Orientation year’, during which you can search for a job without needing a resident or work visa. You don’t need to submit proof of sufficient funds, and you don’t have to do the orientation year immediately either—you can return to the Netherlands anytime within three years of graduating to fulfill it.

“It’s like a carte blanche—for that year you can do whatever you want without needing an official ‘highly skilled migrant’ work permit. It’s a useful opportunity for students to prove themselves to companies,” adds Hermina.

Students from the EU don’t need to take advantage of the orientation year, as they don’t need work permits to work in the Netherlands.

One of the biggest reasons students choose to study in the Netherlands is the job opportunities available.

The country is not only home to large global companies like Heineken, ING, Phillips, and Unilever, but also to many exciting startups.

Newer companies like Uber, Booking.com, DHL, Medtronic, and DSM are also investing in the Netherlands.

MBA students in the country have ample opportunity to benefit from networking with inspiring companies during their studies.

“I saw there were opportunities for career advancement if I were to study in the Netherlands,” explains Vimbai. With her MBA from MSM, she landed a role as head of people and culture at Goboony, a fast-growing start-up.

However, students aren’t just limited to opportunities in the Netherlands. Given the transport links across Europe, especially with Maastricht being on the border with Germany and Belgium, it’s possible to explore careers in nearby Germany, Belgium, Luxembourg, and France after an MBA in the Netherlands. 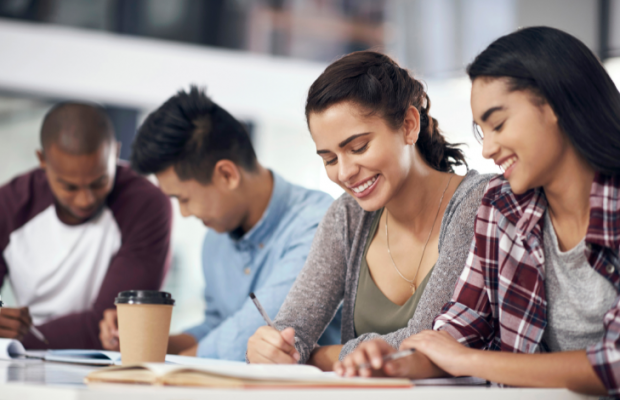