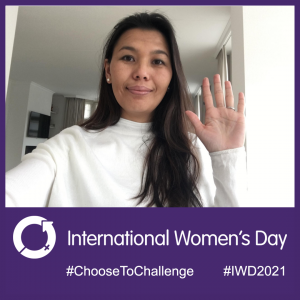 good and where enrollment rates for both girls and boys are quite high, according to Odka. In fact, she refers to a reverse gender gap: “According to the report created by JICA (2013) on Country Gender Profile - Mongolia, the ratio of girls enrolling in secondary and higher education compared to boys is over 100. This shows the reverse gender gap. This gender disparity is larger in higher level education and the high dropout rate of boys from school contributes to the worsening of the gap.”

Odka explains that in Mongolia, girls are more encouraged to follow higher education so that they can access better employment. “However, educational enhancements do not always guarantee higher positions in the work field. Women’s participation in the decision- making roles is quite limited.”

The gender gap in Mongolia
Odka indicates that JICA’s report (2013) shows that women’s representation in decision making in the political, administrative and economic spheres is very limited, because of the influence of gender stereotyped cultural norms and behavior, in which men have responsibilities of decision-making and household income as household heads and women take care of housework and child caring.

“Even though women’s participation rate in the workforce is relatively high, these norms still exist and influence both men and women’s behavior, including participation in decision- making.” Odka says.

“It has been accepted for a long time by society that men are given the decision-making positions,” she continues, “but in recent years, things are changing, and more and more women are elected for parliament and taking up higher positions in public and private sectors. In other words, women are more recognised for their abilities in decision-making in all aspects.”

“…more and more women are elected for parliament and taking up higher positions in public and private sectors.”

Inequality in the workplace
There are several concerns when it comes to inequality in the workplace in Mongolia, as Odka explains: “According to research made by Begzsuren and Aldar (2013), in Mongolia, female working population generally spend double the amount of time than men on care and household obligations, and the problem is that this spending time doesn’t decrease when women participate in paid profitable jobs in economic activity. This demonstrates that employed women are required to participate in twice loading.”

Odka signals the big concern of sexual harassment in the workplace in Mongolia: “An even bigger concern is that sexual harassment is not seen as a public social concern but a private concern (Bayarmaa and Ayurbuni (2009). Mongolia’s public understanding of this emerging concern is really low. Raising awareness and proper education will help tackle the issue.”

Choose to challenge
According Odka, all-level schools should have a dedicated course on violence in their curriculum against any gender bias or inequality: “And the society in large should acknowledge that sexual harassment and gender inequality in the workplace are not acceptable and women should speak up and authorities should act on it. Therefore, I support certain campaigns and try, as much as I can, to promote systematic and strategic policies in favor of combating gender bias and inequalities.”

How the Women Ambassadorship Scholarship and the MBA help
“Seeking out this MBA program is initially driven by my desire to accelerate my career, by gaining access to strategic frameworks and developing new intuition about how to solve business challenges around me.” Odka states about her decision to follow the MSM Executive MBA. “But it offered me more than that, it helps me to think beyond business challenges. I firmly believe that giving back to the communities and institutions that helped me achieve success is a value I share and a privilege I embrace. Having a Women Ambassador Scholarship is helping me to realize this belief and dream of mine and empower others in many ways.”

Empowering women is Odka’s drive, both in her personal and professional life: “I strongly believe that it takes a woman, many women to lift other women up. Gender parity is not only a right, but a basic need, a fundamental ingredient to build fair and healthy societies. It is my deepest conviction that my contribution to the world at large is empowering other women towards leadership positions. It is this conviction that defines most of the personal and professional choices I have made throughout my life.”

“I strongly believe that it takes a woman, many women to lift other women up. It is my deepest conviction that my contribution to the world at large is empowering other women towards leadership positions.”

Back to the blog