The MSM Board has taken additional measures to limit the spread of the Corona (Covid-19) virus, in alignment with the measures announced by the Dutch Government.

Each week Maastricht School of Management (MSM) is collecting information through their educational partners and collaborators located in Africa, Asia and South America on issues caused by COVID-19 affecting sustainable local development. This week the focus is on the measures that Governments in emerging economies do or don't take to stimulate the economy, in specific the agricultural sector.

Every country deals differently with helping its population. For some countries it’s a given that the government will invest large amounts to keep the economy going and prevent people from losing their jobs or getting in financial difficulty. For others financial help is not available or still in the process of being set up. In the case of sustaining food security in covid-19 times, farmers are facing immense difficulties and might be dependent on financial governmental stimulus packages.

For many developing countries agriculture plays a central role in their economy. In several countries’ agriculture contributes between 20% to 70% of direct GDP and is by far the biggest employer. Therefore, we would expect the agricultural sector to be the top priority in designing stimulus measures. However, this has not always been the case.

Stimulus package in the west have been in the range of 10% of the GDP. In developing countries stimulus packages have been much smaller in the range of 2% of the GDP for Africa. The only country that seems to stand out is South Africa which has a stimulus package that is equal to 10% of the GDP. However, South Africa’s stronger economy with highly developed financial sector has the capacity to mobilize such resources.  All the same we are seeing increasingly aggressive measures even for countries with limited resources. For example, Kenya recently announced an 8 point economic stimulus programme worth Ksh 53.7 billion (460,456,868 euro). The program measures include: investing in education by hiring 10,000 teachers and 1,000 ICT interns to support digital learning, fast-forwarding outstanding VAT refunds to SMEs and hiring additional healthcare workers. For the farming industry Ksh 3 billion (25,723,847 euro) is reserved for the supply of farm input through e-vouchers, targeting 200,000 small scale farmers and another Ksh 1.5 billion (12,861,923 euros) to assist flower & horticulture produces to access international markets.

In general measures taken have ranged from direct support to consumption to targeting agriculture directly to targeting the economy as a whole to sustain aggregate demand and by extension stimulate the agriculture.

Income support/Consumption Support
In most developed countries the focus has been on protecting jobs through supporting the employers to keep people on payroll. However, in the largely informal economies such measures will have little impact. The equivalent measures will be direct support to farmers through cash vouchers. In some of the countries demand has fallen due to a fear of corona.  For example, farmers in Ethiopia are struggling to sell their produce due to Covid-19 restrictions. Demand is being impacted by consumer health concerns, for example in Ethiopia consumption of milk has fallen as people avoid the product.

While not targeting farmers directly both South Africa and Kenya have measures to provide income support. South Africa is providing support to unemployed citizens while Kenya is seeking to give youth support through jobs to rehabilitate roads and bridges, water pans, irrigation infrastructure among others using labor intensive methods. Given that many rural youths engage in agriculture somewhat one can argue that this stimulus is some kind of income support. The South Africa case is much harder to make as their economy is more formal and thus unemployed citizens are not likely to be agricultural workers. However the formalized farm sector of South Africa has also been hit​ and can claim stimulus funds under the South African scheme to continue employing its farm workers.

Countries have put measures in place to support SMEs and agriculture. Where agriculture is more formalized, farms can be considered as SMEs and therefore can qualify. This is likely to favor medium and large scale famers.

The Ethiopian government introduced tax exemption for agribusinesses. The South African department of agriculture, land reform and rural development took measures and allocated financial packages to smallholder and communal farmers. The main objective of this support is to complete the current production cycle in an effort to ensure adequate food production and supplies. An interesting fact is that with this disaster support fund 50% women, 40% youth and 6% people with a disability will be targeted. As pointed out Kenya has targeted about 200,00 thousand farmers with support for inputs and also the flower sector that has been particularly hit.In Colombia, the national agricultural programme has also announced subsidies and a help package with 40 percent of the benefits going to small-scale farmers. However, many are still worried that restrictions in the financial sector and a lack of access to financial institutions will limit the efficiency of these rural help packages for the most vulnerable.

Beyond direct measures, we are also seeing measures designed to protect farmers from bankruptcy. In Colombia, various banks have frozen their debts for 120 days. Similarly, the Indonesian government introduced credit relaxation for credit values under IDR 10 billion (617,311 euros) for micro, small and medium enterprises and delays in instalments of up to one year and reduced interest.

Despite the initiatives to support farming many farmers are still waiting for help. Rural finance stimulus packages are currently not (yet) available in Ethiopia as in many other countries, while there is a high need for it. Emergency grants would help to keep farmers afloat and ease the burden say our Ethiopian partners. Especially the small-scale farmers would be helped with a financial stimulus package as they then don’t need to undersell their products in order to at least sell something and safeguard an income.

Support needs to be more direct e.g. cash vouchers. Often small-scale farmers rent agricultural resources for the production of crops. Without any financial support, renting the necessary equipment and buying agricultural inputs will be difficult.

Financial packages when provided may not have the impact intended if care is not taken to ensure that bureaucratic hurdles do not prevent farmers from access the support. In Ghana for example, the government announced help packages, however small-scale farmers complain they cannot rely on these stimulus packages since there are no clear guidelines and transparency in accessing the funds.

In lieu of lack of support, local communities in Colombia are starting to organize support themselves, by helping farmers to sell their products through social media and other non-traditional channels. This is the silver lining from the dark cloud of the covid-19 crisis. It is stimulating innovations. Markets have been shifting to e-commerce platforms and there has been concern that smallholders are being left behind. The Covid-19 crisis is surely putting to practice the adage that Necessity is the Mother of Invention. However, rather than desperation becoming the driver of innovation, government and development partners can seize this opportunity and support the emergence of innovation platforms inspired at grassroots level so that farmers, local government, universities and others can co-create solutions and thus creating authentic Triple Helix Platforms.  Part of the packages being given to support farming and farmers needs to go to support the emergence of such platforms. If this happens agriculture will emerge from this crisis fitter than ever!

Would you like to receive regular updates about how different countries in the world sustain food security? Register here

Food Security Initiative
Maastricht School of Management’s food security initiative is born out of the extensive partnerships between MSM and its project partners in Colombia, Egypt, Ethiopia, Ghana, Indonesia, Jordan Kenya, Mali, Mozambique, Rwanda, Sierra Leone, South Africa, Tanzania and Uganda. MSM brings insights on COVID-19’s impact on food security from the countries (and rural areas) where we operate. The updates will inform on the effects on small- scale and commercial farmers, traders, processors, input suppliers, financial institutions, and will provide useful insights for policy makers, donors, NGO’s and scientists. In doing so, MSM can indicate potential changes in food flows in regions around the world and support decision making on how to counterbalance negative impacts of COVID-19 measures. Supported by data flows and local partners, MSM will facilitate multi-actor and cross-sector collaboration through platforms for action.

How consumer behavior changes amidst the pandemic

The current state of affairs in the world

Covid-19 in Kenya: the exacerbation of old challenges and emergence of new challenges 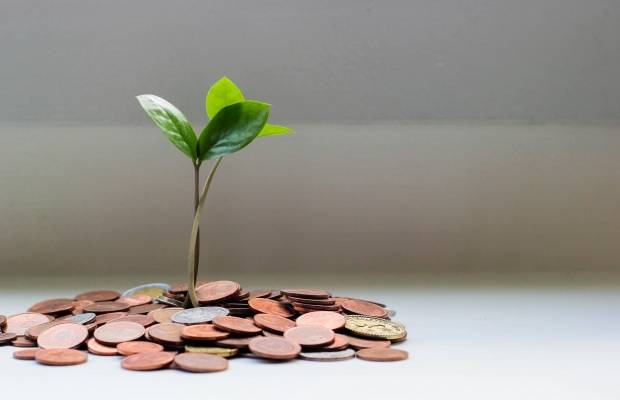